What are the six principles of insurance?

Source Insurance > LearningLab > What are the six principles of insurance?

What are the six principles of insurance?

Source Insurance > LearningLab > What are the six principles of insurance?

Insurance has developed extensively over the centuries and is now a highly complex and sophisticated response to risk.

There are six core principles that have been established over time and been upheld by the courts and by Parliament which are:

Insurable interest is where you have a valid & legal right to insure and stand to suffer a direct financial loss if the event insured against occurs. To demonstrate insurable interest, there must be something tangible that can be insured such as property, life or rights imposed by law.

In other words, a person has an insurable interest in their own home or car – but not those of their neighbour’s.

Indemnity is a fundamental principle of insurance. A contract of indemnity will provide financial compensation in the event of a loss. Its aim is for the insured to be returned to the same financial position they were in immediately before the loss happened. Remember that the insured should not be worse or better off as a result of a claim.

Underinsurance is where a customer does not insure the full value of the risk. This could be an innocent or deliberate mistake. Underinsurance normally comes to light in the event of a claim. The loss adjuster appointed by the insurer will calculate the actual loss and if this is more than the sum insured then underinsurance has occurred, which can affect the settlement figure.

In these cases the insurer has not received the full premium for the risk that has been covered. To help compensate for underinsurance, the majority of policies have what is known as an average clause included in the wording. This means that if an underinsurance has occurred, any settlement figure will be reduced in proportion to the underinsurance.

Contribution is where an insured party may have policies with two or more insurers covering the same risk, although not necessarily with equal degrees of liability. Therefore, in the event of a claim, all of the insurers should pay an equitable proportion of the claim payment.

If a policyholder has a claim paid by their insurer, they may also have a right to pursue funds from another source, such as a third party who caused the incident. The principle of subrogation allows the insurer to pursue any rights or remedies which the policyholder may possess, always in the name of the insured.

An insurance policy will define the perils, or insured events, that cover is provided for (and those that are excluded). All contracts are subject to terms and conditions that will exclude certain causes of loss. Therefore, in the event of a claim, it is important to ascertain the cause of the loss in order to determine if that cause is insured or excluded.

There may be multiple elements involved in a claim, so it is the ‘proximate cause’ that is taken into account. The proximate cause is the dominant cause that sets in play a chain of events. 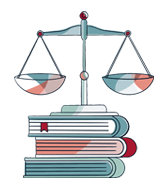 about the Principles of Insurance then sign-up for our eLearning module, available for free to all registered brokers.

In this 45 minute CPD accredited course we’ll cover the six principles and how they apply to financial intermediaries. 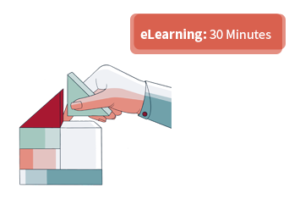 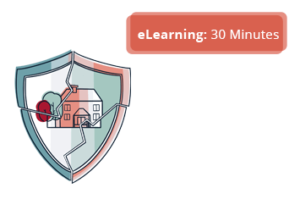 REGISTER NOW
We use cookies on our website to give you the most relevant experience by remembering your preferences and repeat visits. By clicking “Accept All”, you consent to the use of ALL the cookies. However, you may visit "Cookie Settings" to provide a controlled consent.
Cookie SettingsAccept All
Manage consent

This website uses cookies to improve your experience while you navigate through the website. Out of these, the cookies that are categorized as necessary are stored on your browser as they are essential for the working of basic functionalities of the website. We also use third-party cookies that help us analyze and understand how you use this website. These cookies will be stored in your browser only with your consent. You also have the option to opt-out of these cookies. But opting out of some of these cookies may affect your browsing experience.
Necessary Always Enabled
Necessary cookies are absolutely essential for the website to function properly. These cookies ensure basic functionalities and security features of the website, anonymously.
Analytics
Analytical cookies are used to understand how visitors interact with the website. These cookies help provide information on metrics the number of visitors, bounce rate, traffic source, etc.
SAVE & ACCEPT