Tania Frowen has been the Managing Director of Source Insurance since the start of . The story of how she got there is both interesting and inspiring. From humble beginnings to the success of leading a company, Tania has kindly shared her journey, in the spirit of Source’s value of transparency.

Growing up in the Welsh Valleys in the 1960’s, the view was to just secure any job in order to support your family and pay the bills. However, this wasn’t an easy feat, particularly if you weren’t academically inclined. This is what Tania discovered, leaving school at 16, with little to no qualifications and very few prospects.

Tania began searching for jobs (in the South Wales Echo Newspaper, as this was before the age of online recruitment agencies and job listing sites) and came across a trainee Accounts Clerk role with Phillips and Buck Solicitors, in Cardiff. Tania admittedly didn’t have a natural interest in accountancy but as maths was her strongest subject in school, she thought it may be something that she could do, so she decided to apply and was successful in landing the job.

A childhood dream of becoming a police officer was thwarted due to being short sighted, which was prohibited at the time. However, that didn’t stop Tania trying out for the force a number of times until her thirties. Having spent time reflecting on her career path and what she had accomplished, she eventually came to the realisation that it wasn’t meant to be. What started as a job for financial security would become a calling for Tania. “It was luck that I fell into an area that I then found out I was quite good at.”

Being raised in the small Welsh village of Nelson, Cardiff was the “big city” and Tania needed to travel almost an hour via bus for work. At the age of 19, she moved to a house-share in Cardiff and remains close friends with those housemates, all these years later.

Tania admits that she wasn’t aware of her abilities. However, others had clearly noticed and she was approached with opportunities and changed roles a number of times over the next 10 years, leading to working as a trainee accountant in a company of Chartered Accountants.

“I was intimidated by people that had a university education, because I didn’t have that background. I realised over a period of time that I wasn’t without ability and I thought, I wonder if I could do some exams.”

A role became available at PricewaterhouseCoopers, for a Junior Accountant, which would allow Tania to train whilst working. This was a bold move as it meant a salary cut, however, Tania felt she couldn’t dismiss the opportunity.

Having spent a few years training on the job and studying, Tania took her entrance exams at around age thirty. She received high pass marks, which boosted her confidence that accountancy was right for her.

Following the success of passing her entrance exams, Tania began a full-time job as a Junior Accountant at Broomfield & Alexander. During this time, she took (and passed) four exams, went through a divorce and raised two daughters. Then an opportunity arose in another firm of Chartered Accountants, with the possibility of being made Partner, however, the successful applicant would need to be fully qualified. This was the push that Tania needed, to complete her studies and obtain her full qualification.

At the time, her biggest motivator was wanting her children to have everything they needed. By obtaining her qualifications, she’d have opportunities that otherwise wouldn’t have been open to her. Juggling work, childcare and education was a challenge, but Tania sees qualifying as one of her greatest achievements. “I used to get up at five o’clock in the morning to study, before I got my children out of bed, take them to childcare, then go to work.” Despite the challenges, the hard work paid off and Tania qualified as a Chartered Accountant in her late thirties.

“I cried all day, the day I qualified… I opened it [the email] and I’d qualified. I burst into tears, put my hands over my face and started crying. Got myself together, phoned my mum and told her, she started crying so I started crying again! For years afterwards, I’d think, I’m a qualified chartered accountant.”

After qualifying, and having been in practice for 25 years, Tania decided she wanted a change and became self-employed. Tania started her own consultancy firm, working on big projects for large companies, such as BAE Systems, Balfour Beatty, BEIS Government and Lloyds Bank. This gave Tania the opportunity to lead teams and deliver on projects and it is during this time she realised her abilities as a leader.

Being able to manage her own time was something that Tania had strived for and was a big motivator whilst being self-employed. She would work solidly for seven months of the year, and then take five months off to travel. “I liked the freedom of self-employment and accommodating my own needs a bit more.”

Starting out with Source

In her early fifties, Tania was approached about an opportunity as Operations Director by the then Financial Director of Source Insurance. Tania wasn’t immediately sure, as she had grown to love the independence of working for herself but attended a meeting with the directors. Having spoken to them about Source and the direction they wanted to take, she was certain that this was the journey for her. Tania joined Source on 3rd July 2017.

“Having spent 10 years working in large organisations, coming back to a small business, where you can facilitate change, where you’re not a tiny part of something huge… I realised I could help push the company forward in the way they wanted. I’d been travelling and working away from home for a number of years so it was nice to think I could be local as well. Plus, it was a very exciting opportunity.”

After an initial period of settling in, Tania picked up the Financial Director role allowing the long serving director to retire. Even though this meant juggling the roles of Operations Director and Finance Director, it was an opportunity to become familiar with all elements of the business. Tania enjoyed both roles and took the opportunity to facilitate change and streamline processes across the business. She was also involved in the setup and management of Source’s sister company, Red Apple Finance (RAF). At this point in time the company appointed a very experienced Operations Director allowing Tania to concentrate on RAF business planning and the financial affairs of both companies.

Gearing up to take the wheel

When the Managing Director of Source left the business, there was an unexpected space to fill.  After some thought and discussion with the Chair of the company, Tania stepped into the position “I believed I could lead the company forward.”

“I’ve learned a terrific amount over the last 20 months; I’m more comfortable in seat now, than I was at the start. I’ve had a huge amount of help from outside of the business, from other MDs guiding me, to the invaluable support I get from my mentor. The biggest contributor to any success I achieve will be due to all the help I’ve had over the years and the continued support from our staff.”

Tania’s experience in accountancy has taught her to be disciplined and organised, which has in turn helped to develop her leadership style. “I’m not a person who tends to react with knee jerk decisions, but I’m not risk averse either.”

Tania understands that her position allows her the opportunity to influence change and her biggest motivator at Source is to “create a healthy working life balance for our staff whilst continuing to deliver a fantastic service to our customers.”

For Tania, a healthy leadership team is built on diversity of skills, a mixture of backgrounds, genders, and ages. “Attitudes and aptitudes make a company work well together. We all need each other to learn from each other and I never see barriers to that.”

Tania hopes that she can be part of future proofing Source, with continuous improvements and investment into the company and it’s people. Always with a good intent, Tania hopes to make a positive change for those around her, “A healthy life balance, decent wages, job security, be treated nicely and enjoy the day, then that’s good enough for me.”

“I always encourage people to study. If you’ve got a dream, doesn’t matter how old you are, you can still do it… you can change careers any time.” Tania credits her mentors for her successes throughout her career and is keen to pursue mentoring others in the future.

Looking back, Tania’s only wish is that she’d had more confidence in herself and her abilities at a younger age. “I definitely undervalued myself. Hence I always endeavour to support and raise people up.”

Tania has two pieces of advice for anyone aspiring to be in a leadership roleL:

Never think you know it all. Be willing to listen and learn” and “Don’t limit yourself. Perseverance leads to success. Work at it, keep going, don’t take no for an answer… it just takes work and determination and commitment.”

Tania has enjoyed her whole career and believes success is being happy doing what you do. 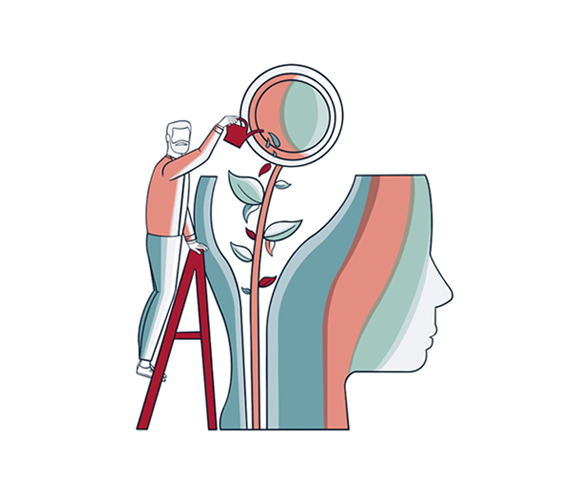 Join us for a weeklong series of free ‘Lunch and Learns’ to help you hone your interpersonal and sales skills.